IN SEARCH OF SLEEPING BEAUTY. 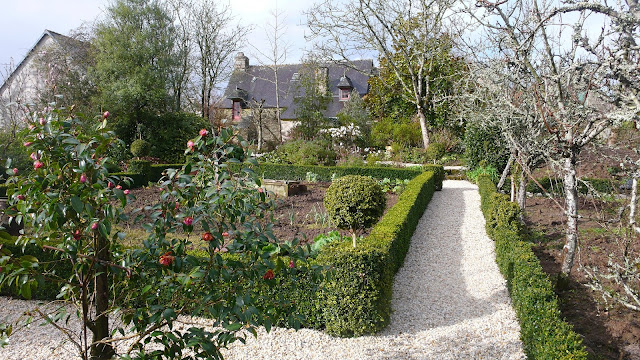 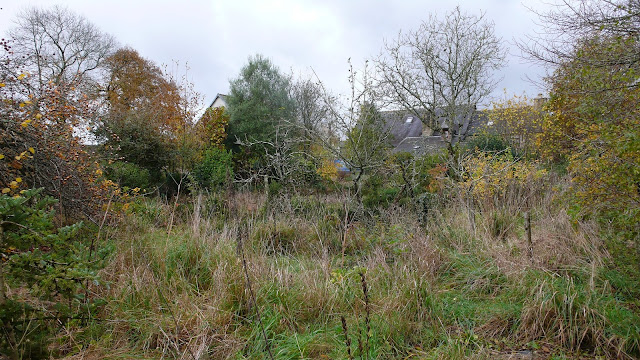 On arriving back at my old farm house in Central Finistere I wondered if during the drive south and the many stop offs to see friends along the way I had not somehow slipped into a deep slumber for several years. For how could such an explosion of growth within my once tidy garden be explained? I was sure I’d left it back in the spring clipped, pruned and weeded, with gravel paths raked and fruit garden dug over. I could just about make out the path but now a healthy mix of shrubs and brambles hindered my progress as I elbowed my way down to the washing line and the shed at the far end. I had assumed the summer drought would have slowed things but here in valley of the Ellez the rain during May followed by exceptional heat had produced prolific growth. In the furthest corner under the peach tree I noted the sad rotting evidence of what must have been a bumper harvest and wondered having told my immediate neighbours before I left to pick them why they hadn’t. It took a couple of hours to hack back the tangled mass of wisteria that had managed to climb the gable wall shrouding both the bedroom window and the external electric meter. Around the far side of the kitchen the evergreen climbing hydrangea had made it up onto the roof as well as spreading across the back door and bathroom window, while the hydrangea petiolaris had managed even greater heights reaching the chimney on the north gable. These I would have to tackle with a ladder over the following week but the main body of the garden was going to be a much longer project. I always assumed that shrubs would mean relatively low maintenance but without the simplicity of the bitter easterly sea breeze of the Outer Hebrides to perform its annual trimming the work here was going to be considerable. Six months growth in Brittany would equate to six year growth in Tolsta but in relaxing on the manicured garden front at least the hedgehogs have flourished. 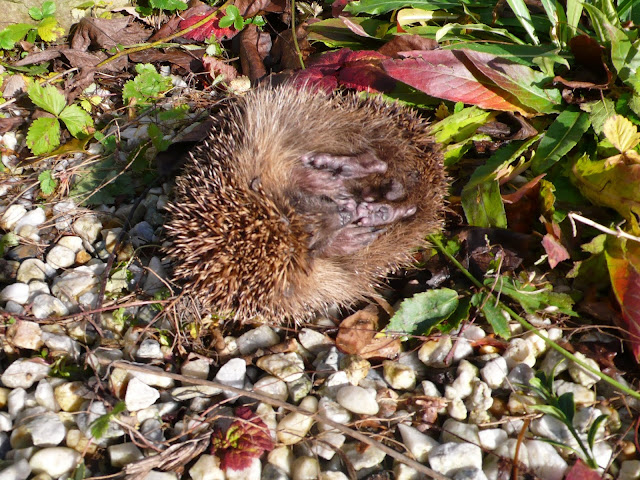 During my journey south from Lewis I had slept in three different beds, two nights on a settee and the back of the van plus a further two on Sam’s narrow boat. Now it was time to light the fire, crawl into the old box bed, close the sliding door on the world outside and enjoy the familiarity of its firm comfort. That first night back in Brittany brought high winds and rain which revealed two leaks in the roof. One I could hardly miss as it trickled onto the slate work surface alongside the cooker and the other I heard dripping a steady rhythm on the bedroom floor. I chose to ignore both placing a bowl under each until the morning.  I dreamed of a world where the remnants of man’s ancient endeavours were barely discernable beneath aerial roots and dense verdant growth, a world where below in the dark depths sleeping beauty still slumbered and life was only possible in the uppermost moss cover branches of towering trees. 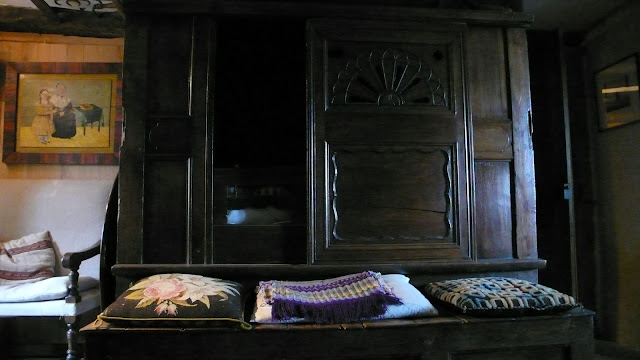 After a week of hacking back undergrowth and the accompanying bay scented bonfires the house had lost its fairy-tale abandoned look, and I had decided to rip out both fig trees and the wisteria. The sober granite façade of this Breton farmhouse requires no floral embellishment. Finding a balance between artwork and the physical efforts of gardening is not always easy as the fine weather meant I should do as much as I could while the sun shined. Often by mid-afternoon I’d had enough, so stuffing apples in my pockets I would head off for a walk up the valley to call in on friends and return with a bag of blewit mushrooms and sweet chestnuts.
There are now nine houses in and around the hamlet of Lezele occupied by English people and none of them speak to me for fear I might turn out to be French. All so very different to that adventurous spirit of thirty years ago when the few intrepid English people who ventured across the channel made an effort to learn the language. We were seen as a novelty and the Bretons were fascinated to have a foreigner in the village. Back then many villages were deserted with the roof timbers of houses and sheds protruding from rampant ivy. Today as I walk through those same villages although restored and re-inhabited they seem quieter than ever, devoid of life as adults and children alike remain indoors glued firmly to their tablets no doubt. The Pied Piper of progress has removed more than just the rats.