Apt to be deemed asocial. 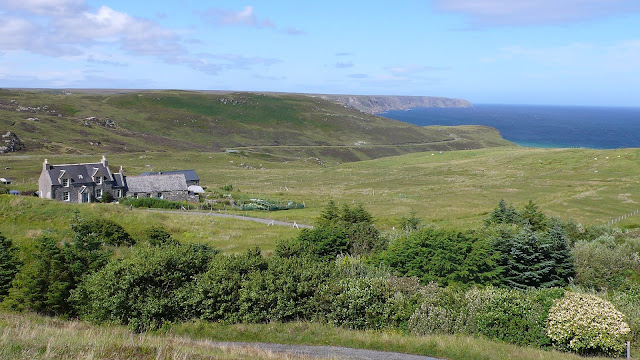 In an age when regimentation seems increasingly necessary in order to make life possible in those large conurbations seething with people I revel in my simple solitude. During my ramblings in the valley of the Ellez, Central Finistere can at times feels like a landlocked island where complexities of the city or urban existence have little relevance. A heady scent of primroses hangs in the lane while the glossy yellow carpet of celandines at my feet, before returning I will gather fresh sheep’s sorrel for salad. Such ethereal ramblings may sound idyllic but while the wren busies itself around root stump and leaf litter all is not well on the other side of the hedge. Out of the valleys the easily cultivatable land has for decades now been transformed by monstrous machines into a production area that specialises in monoculture. The early spring stubble growth that would once have been grazed by sheep before cultivation commenced is now turned orange with Round Up ahead of the plough. Maize, cereal and oil seed rape are the favoured rotation and at times living in the countryside can become dangerous with the amount of chemical treatment being sprayed. Bacon said that man conquers Nature only by obeying her, and to that end our arrogance is leading in a merry dance of disaster.
While some find truth within the embracing hug of humanity I find it in wilderness. A solitary existence is not for everyone and I feel humanity spoils when in compression and it is then that I find myself moving to the fringes searching a simplicity that brings me freedom. Today that very freedom seems to be playing a losing battle and one must be vigilant on all fronts for there is much that would seduce us to sign up to an alternative virtual world.
Once again I pack the van tightly with my winter’s artwork, starting the long journey northward to the Isle of Lewis ahead of the swallows and a second chance at spring. You may be forgiven for thinking it is frustration with the noise of modern existence that makes me seek the silence of an island life but I see it as a refusal to be frustrated. Where I am heading there is seldom silence but at least it can be said to be natural with the rhythmic crashing of waves down on Traigh Mhor beach accompanied by the constant island breeze, mewing of buzzards and the melody of bird’s song.
You’ve been lucky I hear it said, I should like to live on an island free from all care as you seem to be. It is possible that I didn’t arrived at this point simply by saying I would like to. As F. Fraser Darling says in his Island Years, “minds that neither seeks nor finds solitude soon becomes afraid of it”.

Posted by Hebridean dreaming at 7:45 AM No comments: