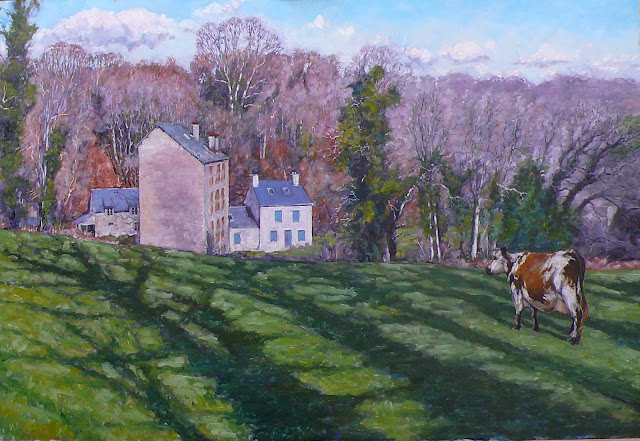 Pont Morvan and its mill became a favourite spot for me to paint during the early 1990’s. No matter what the season the old double arched bridge always presented a rustic charm along with the mill which at that time was still in working condition although no longer used. I only saw its massive mechanism in action once and there was a brief period when we hoped that an English enthusiastic might purchase it and start up a milling business. Then an expert pronounced the bridge unsafe and a vast amount of European funds were secured to totally rebuild it. As always with these things it lost all charm; the stone vaulting was replaced with cast concrete and the contrast of local schist stone and granite was replaced with a uniform modern cut granite, while the road over was flattened out and a cumbersome slab topped parapet wall was added. The only thing left of the old bridge was the original granite buttresses. I stopped drawing the bridge and when the mill was eventually sold its workings were promptly gutted and abandoned. The old weir was removed apparently to prevent flooding and the deeper waters beyond where locals had once learnt to swim became shallows. 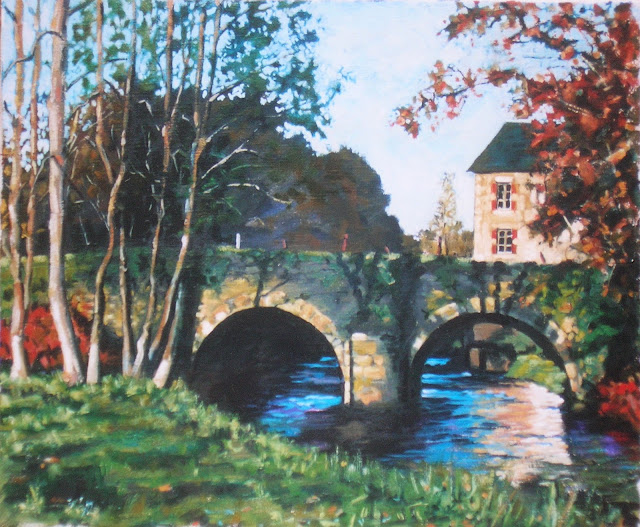 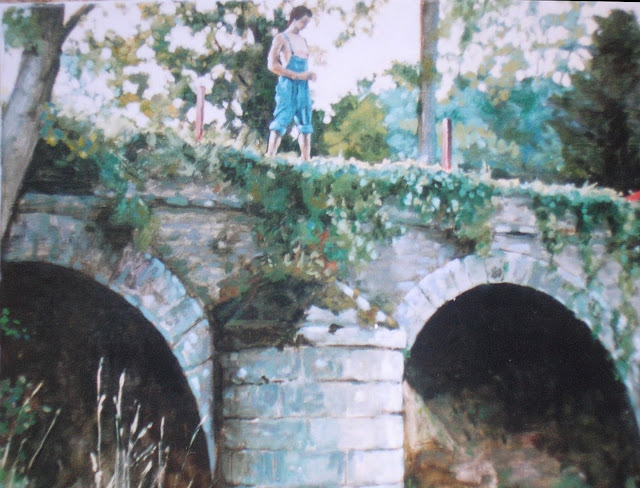 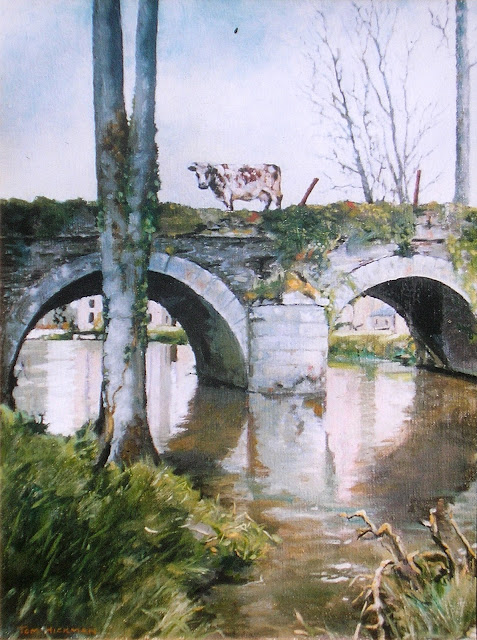 Quarter of a century has passed and my eye has once again been taken by the old Pont Morvan mill but this time I’ve stayed away from the river finding a spot further on where from beneath the roadside trees the mill buildings are seen nestling within the winter woods. The sun streams across the shadow filled field while a lone Normandy house cow looks on. Now a rarity these cows have been replaced by the standard black and white Friesians.
There is one further thing that has changed and that is my prices. While those early pictures sold from between £250 to £450 this latest and larger work 92cm x 64cm is for sale at £2250. During all these years I have somehow managed to survive as an artist never having sold a picture from my website or even had an inquiry to buy on line. I don’t expect that to change any time soon.

Posted by Hebridean dreaming at 4:03 AM