ALL IS SAFELY GATHERED IN. 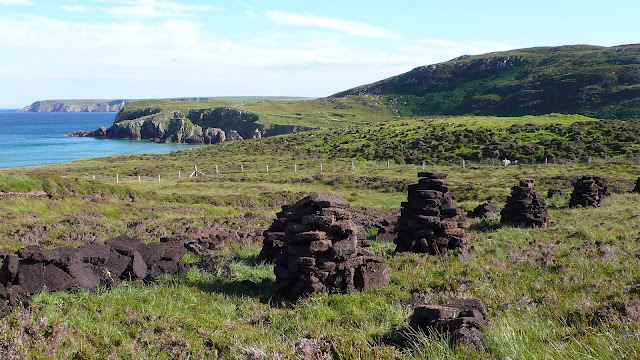 After an exceptionally dry spring and a warmer than usual summer the peat dried quickly and by mid-July was ready to bring in. A working peat bank should be kept in order even during the drying months when there is seemingly nothing to do. The peat is thrown from the cutting face onto the upper and lower level to dry but being more exposed to the breeze the upper level is preferable. So once sufficient on the upper level are dry I raise them into hollow cones. I first noticed this method on a friends peat banks and he said it was traditional when they used to cut peat on the Somerset levels. Although this is not traditional getting the peat up into the air with as few making contact with the ground is the most efficient method of drying. It also has the added bonus of creating more space to bring all the peat onto the higher level ready for transporting. A few in the village had already brought in the peat and proudly displayed their skill in traditional stacking, while others had simply tipped them into the dry of the byre. 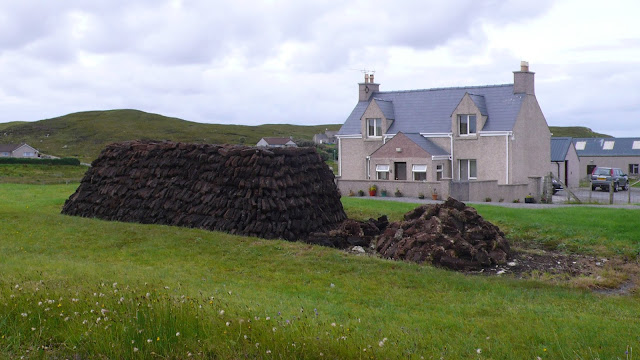 As usual the weather broke before I got the peat home but once dry the odd days of rain, even intense doesn’t cause problems as when hard it remains dry. I’d spoken with Murry and due to a wedding on the mainland it wouldn’t be fixing the double tyres on the tractor until early August. We made a provisional date of this Saturday but when the forecast wasn’t that good he popped by again on Thursday morning when the skies were blue and a stiff breeze meant no midges. We would go for it later that afternoon. I picked George up at five and as we rounded the corner on the coast road we could see the tractor and trailer already in place. The three of us worked well together with no great rush and as the peat rose above the trailer sides the wall building was better than the previous year when two up top had a job keeping pace with the arrival of peat. Between the two loads George and I remained at the peat bank and I was thankful of the light breeze to keep the midges at bay. The second load was half bags of crumbling peat and by half seven all was safely gather in. 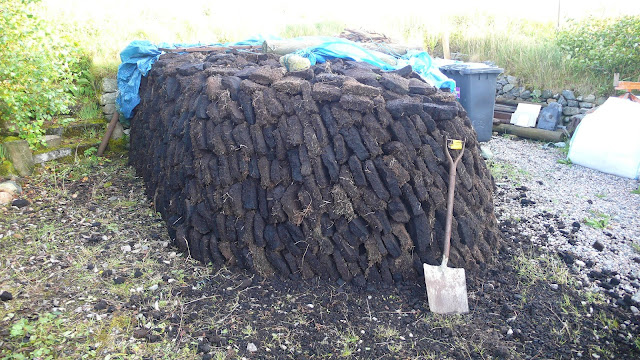 I’ve been cutting peat for ten years now and although the work stretches me to the limit I still see it as an important part of the rhythm of Hebridean life. My next art project will be to bring people into my landscapes, not as tourist but as people working and having a reason for being there. There are few points of contact today that don’t involve some massive piece of machinery so cutting peat on the moor and working with sheep on the croft are the areas I have already started looking at. 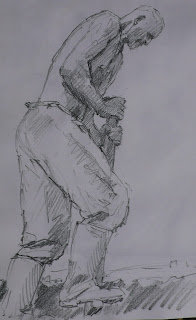 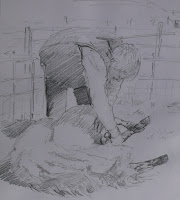 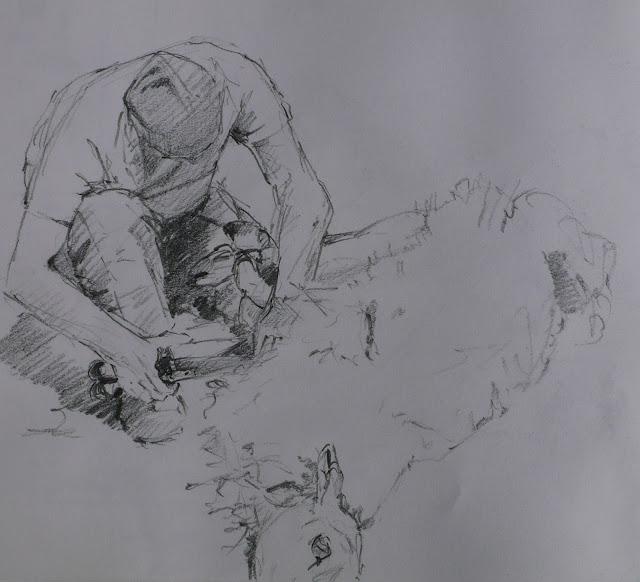 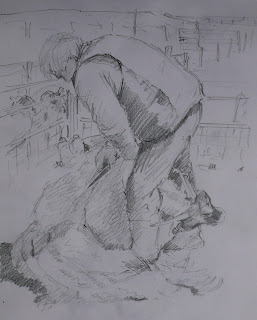 Posted by Hebridean dreaming at 4:44 AM