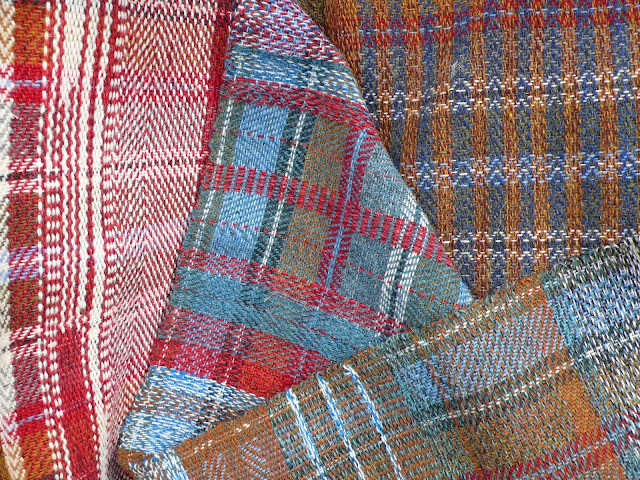 Stay long enough on the isle of Lewis and you’ll find yourself either cutting peat, working with sheep or weaving, I’ve already ticked the boxes on the first two so back in the summer of 2014 I was not at all surprised to find myself building a loom. An old black and white photo of an islander at his loom looked inspiring and like a true naïve I thought if I kept it simple warp and weft surely couldn’t be all that difficult. Well after a couple of false starts I borrowed a book from a friend and discovered all about heddles, sheds and shuttles. 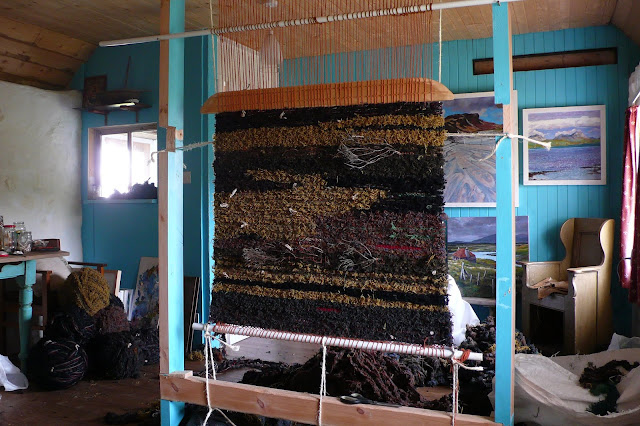 Having seen an illustration of a Navaho Indian loom I felt this might be an ideal and relatively simple way to start weaving. There is something wonderful about launching into a new method of creation, and through play finding out just what is possible. Within half a day of starting the floor of the studio was covered with mounds of salve-edge wool and the process started to make sense. It was also obvious that this process allowed for much in the way of versatility as I thought of all the different things I could incorporate within the weave and my mind raced on creating extravagant finished hangings within my head. Having continued weaving into the evening I dreamed of the repetitive process for most of the night so keen was I to press ahead. 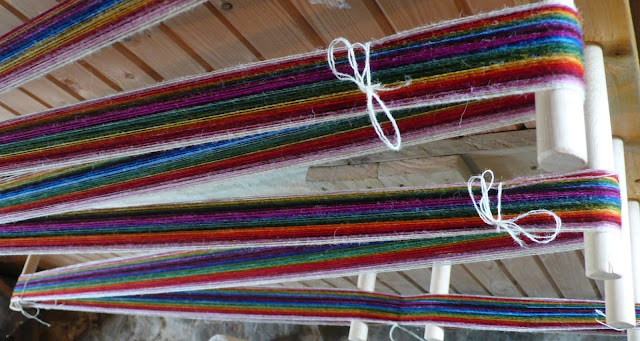 Fast forward five years to spring 2019, in my new studio. Having obtained a small Harris table loom in a swap with timber I set about making a warping board. I soon discovered that getting the warp onto the loom was something better done with two people. Persistence is a great quality and in this case it was accompanied by remarkable selection of both English and French swear words. 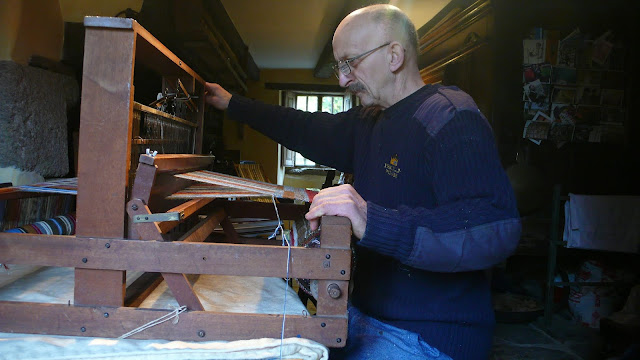 Once the loom was set up the actual weaving proved simple but with seemingly endless possibilities of intertwining warp and weft. I had been collecting partially used bobbins from local Harris Tweed weavers for several years and had a good selection of colours. I decided to work with two ply that would not only speed up the weaving process but increase the random colour distribution within the material. By varying the weaving structure from plain weave, basket weave, double face, tapestry and three different twill weaves I could play to my hearts content. In this playing process, which was neither totally random nor organised I was able to produce a cloth that could not be made by any machine. Next year I intend to continue this process of one off weaving to the point where I have enough for an entire three piece suit. 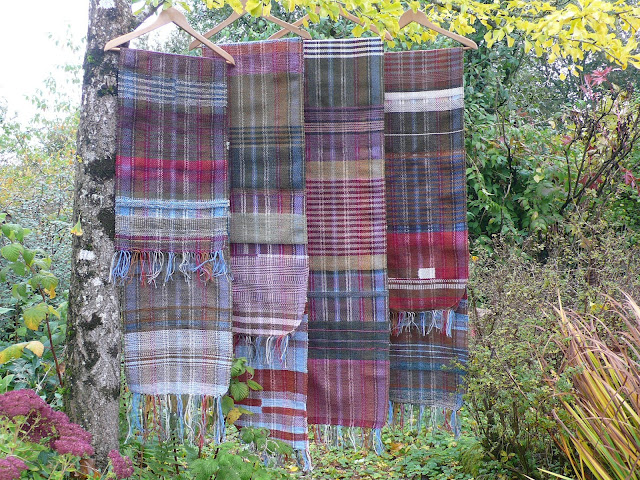 Posted by Hebridean dreaming at 2:55 AM