Summer stitching workshops at An Lanntair. 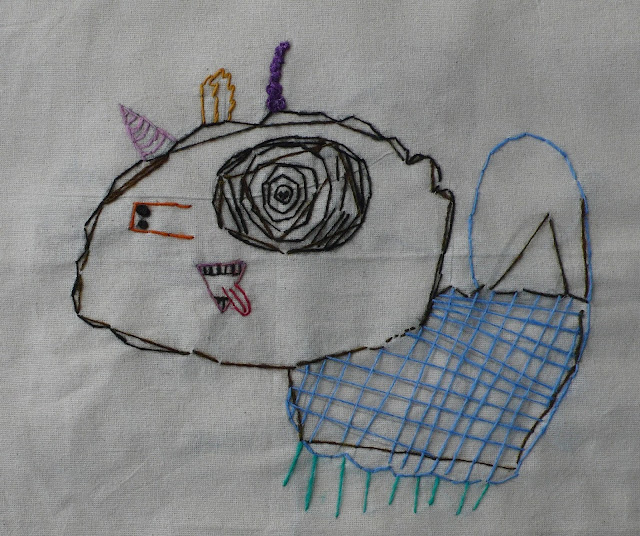 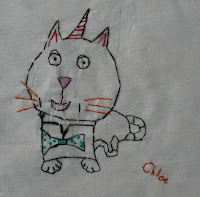 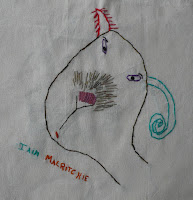 I was delighted this past summer to be asked to run a workshop for the Tolsta Youth Club, particularly since our local village primary school was to be closing. As the number of children was due to drop to below ten it had been decided to mothball the school for a few years in the hopes that numbers might rise. Fifteen children attended the evening stitching session and I based it around a game of head body and tail. Each child drew a head before folding the paper and passing it on for them all then to draw a body and finally a tail. The resulting images were then adapted and transferred to stretched calico and the fun began. Few of them had ever held a needle and while some made a dedicated effort to follow the lines of their drawing others attempted to speed the process up with larger stitches. In the space of a couple of hours they were able to make significant progress for me later to take each image a little further and machine them onto a blue backing sheet. 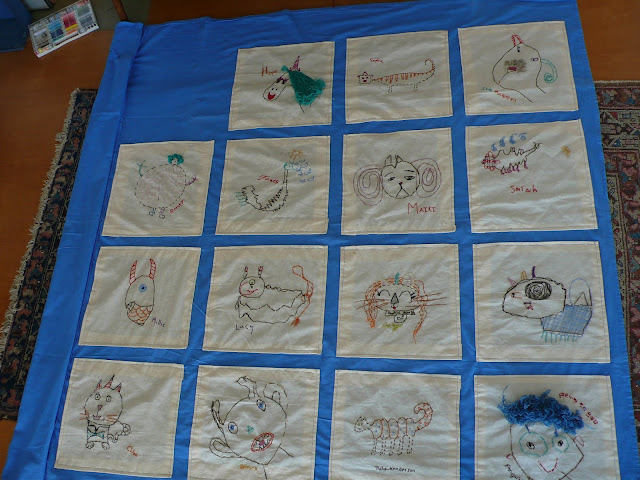 The following week I ran an adult stitching workshop and kept to the same format of fantasy animals produced by the head body and tail game. Having joined in and produced one of these animals myself I decided those who wanted to could meet up again a fortnight later to compare notes. 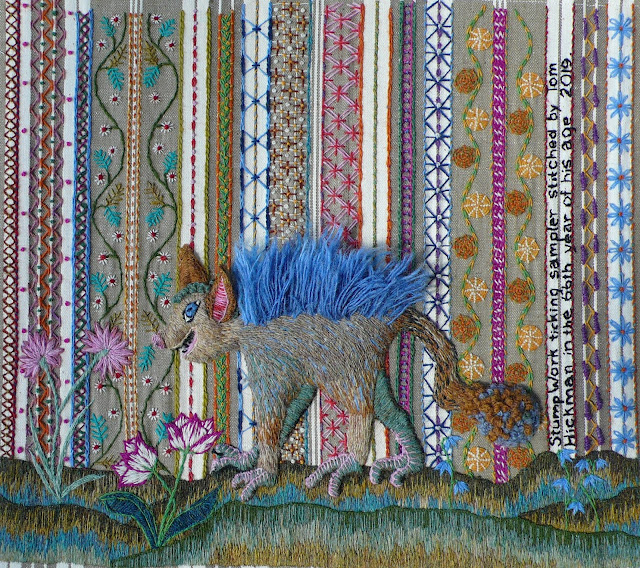 In the meantime I carried on stitching, finishing the animal which turned out to be a hitherto unknown Blue Ridges Tasmanian Devil and transferring it to a piece of mattress ticking and padding it out in a stump work fashion. I then used the vertical stripes of the ticking to produce sample stitches as was popular at the beginning of the 20th century. Never content with one of anything I continued with an accompanying twin tailed dragon with a passion for sniffing roses. There is something magical in having no preconceived plan, simply allowing the mind and needle to wander as an images appears. 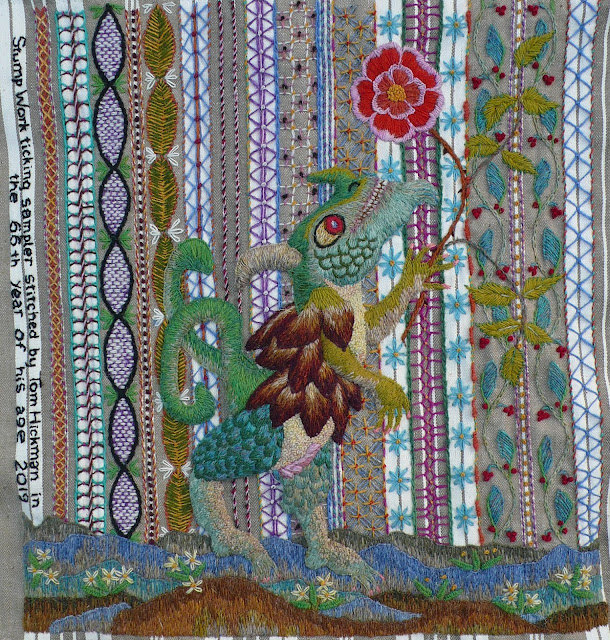 Posted by Hebridean dreaming at 2:40 AM